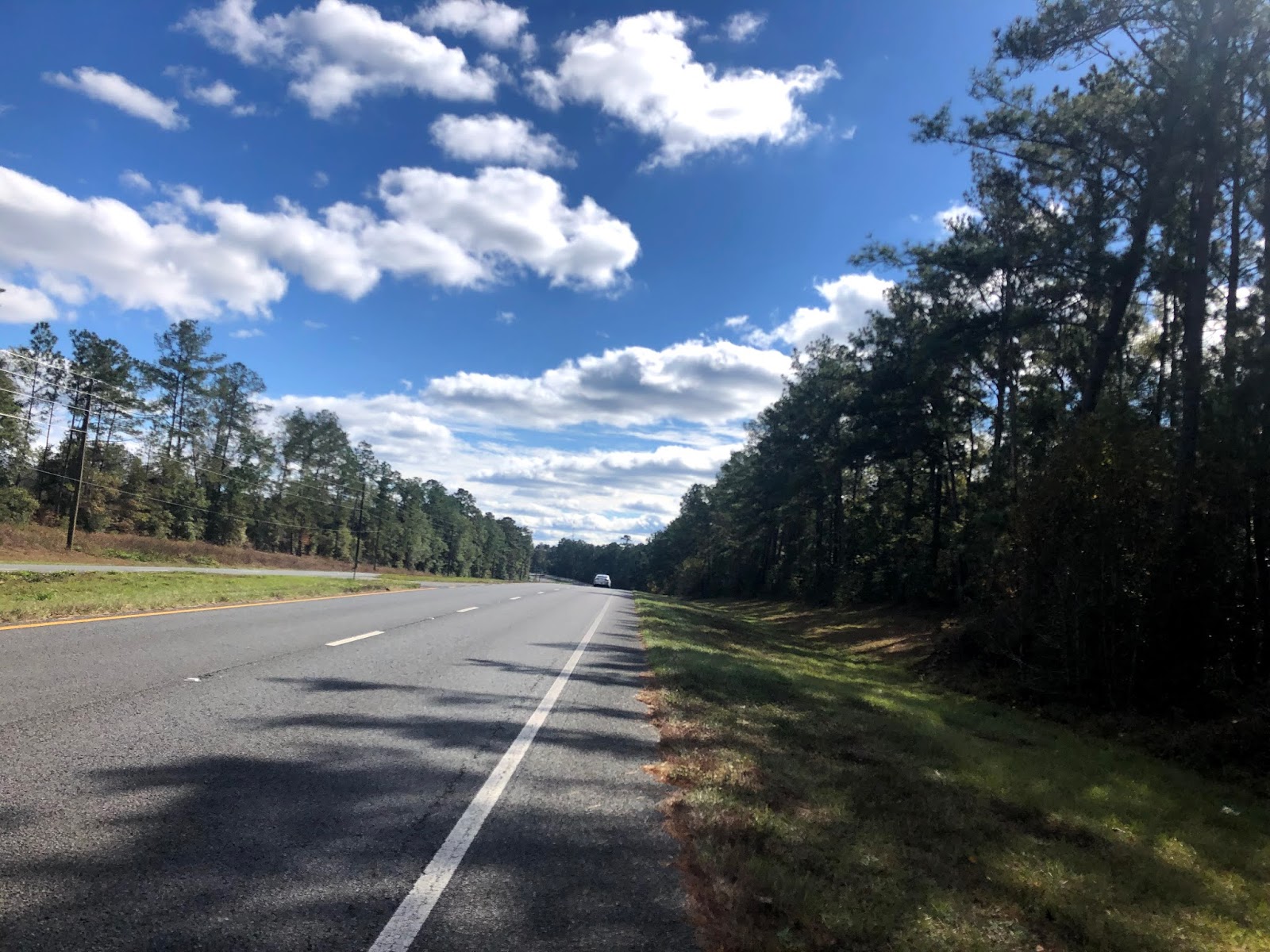 Good infrastructure design does more than “check the amenity boxes”… The Ridge Road improvement – sidewalk without a bike lane – did nothing to slow traffic in that area. Walking or riding a bike on that road is unpleasant, unlike roads like Franklin Blvd! The improvements to Magnolia Drive is another hastily-built project with a sidewalk thrown in. Sure these projects move traffic around. But what of the investment in the quality of life in the neighborhoods these cars blast through!? It is time to take long term property value and quality of life into consideration.
Back to Ridge Road — An grizzled fellow pushing a stroller with a dog in it…  An elderly person being pushed in a wheelchair, a man carrying groceries and three men in yellow vests riding their bikes to Marpan – one sees that sort of scene all the time on the sidewalk on Ridge Road. For someone riding a bicycle trying to get somewhere…  being  able to get into the roadway/bike lane just for a second to politely get around walkers and other people is key… That bike lane – over time – makes the people in the community who have to walk or ride feel like they are not just an afterthought when it comes to city planning.  Look at Killearn, wide roads with enough room for someone on a bike to get in the road for a second to get around walkers on the sidewalk.
Think I don’t know about riding on the sidewalk?  For three years straight my spouse and I have ridden with our kid from Franklin Blvd to Hartsfield Elementary.  Right out of our driveway sometimes we have to get in the road/bike lane for a second here and there to get around walkers, joggers, and the like.  Then we head up the sidewalk on Laffayette.  Past the Moon, through the tangled intersection at Magnolia – and along in front of Vertigo…  Riding up Laffayette on that sidewalk is borderline as far as frightening. 99% of the traffic on that road is just avoiding The Ap Parkway but going the same speed.  You don’t see anyone there walking or jogging along that road for fun.  But we do see – every single day – 5 or 6 people who have to walk to work – shuffling sullenly along with traffic blasting up the hill at 50mph close enough to reach out and touch. Those folks, like our little family we don’t get to choose where we ride/walk.  We could take the long way – but that’s like getting penalized for trying to be frugal!
Franklin Blvd is a pleasant road to walk on to ride on – to drive on.  I think the community around Ridge RoadMagnolia Drive  deserves a road like Franklin!
And finally, it is ironic that the affluent neighborhoods get the cool infrastructure and in the less affluent areas – where car ownership is about half what it is in more affluent areas – we tack sidewalks onto basic cut-through thoroughfares  and call it a day.
The end result is there is a missed chance to strengthen bonds and community.  Ridge Road is better than it was, but the chance was there to make a statement with the design of that road so that even the drivers would slow down and enjoy the ride. As it is, drivers normally do 55mph on that road.
Can’t say the same for Franklin.  Can’t say the same for FAMU Way.
There is a chance to NOT keep the same mistake alive regarding the final section of the Magnolia improvement.  The key is to create a sense of place – dignity…  Sure, we all need to have money, but dignity, honor, and positivity are are the first steps, the building blocks/stepping stones to economic stability..